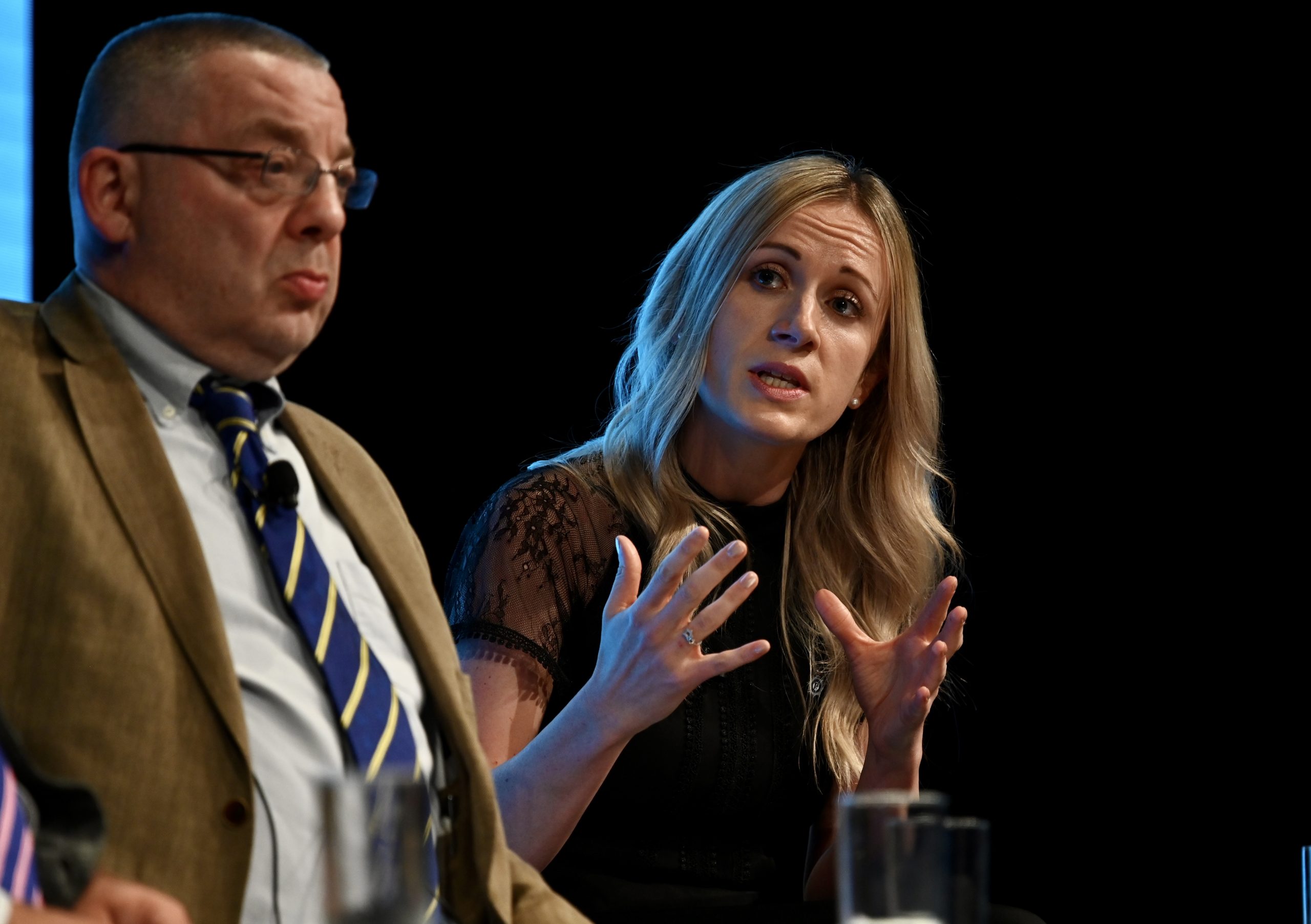 “THE ill-health retirement process is adversarial, leaving officers feeling even more devalued and more unwell,” delegates at PFEW’s Conference have been told.

Police forces needed to be more compassionate and supportive of officers, according to PFEW Ill-Health Retirement Lead Gemma Fox. During a panel session, she explained how there are inconsistencies in how forces dealt with the ill-health retirement process.

Gemma (pictured) said: “Forces need to understand there are people at the end of the process, these are real people who are not going through this process by choice, they are going through it because they are unwell or injured.

“The biggest thing that could change overnight is an element of compassion and an element of understanding that police officers need support.

“Forces need to step back, look at their own processes and really ask themselves: if they were going through that process, how would that make them feel?”

Leigh Godfrey, Secretary of South Wales Police Federation and Ill-Health Retirement Liaison Officer, said an officer he had helped through a particularly arduous process had been left with significant mental health issues.

He told the session that the selected medical practitioner (SMP) had agreed the officer was disabled, but could not find him to be permanently disabled. South Wales Police Federation applied for funding from the PFEW HQ Claims Department, which approved a professor in mental health disorders. New evidence was submitted to the SMP, but the case to prove he is permanently disabled was still dismissed.

The officer then had to face a Police Medical Appeal Board to successfully appeal the decision.

Leigh said: “He is still too unwell to speak about his experience. Unfortunately, he has had to go through this really distressing process to get that assessment. The steps we have to go through are unbelievable.”

On the positive side, training for Federation Reps to become Ill-Health Retirement Liaison Officers had “increased massively over the years”, Leigh said.

He pointed out that Reps can now access an online Ill-Health Retirement Forum, saying: “It’s a one-stop shop for people to go and ask questions to gain confidence in this particular field. It’s really important we learn together for the benefit of our members.”

A key point was that police forces should invest in their Occupational Health departments and be more proactive about rehabilitating officers after they had been injured on duty.

Gemma added that she would like to see forces sign up to a pledge to ensure high standards in the selected medical practitioners that they used.