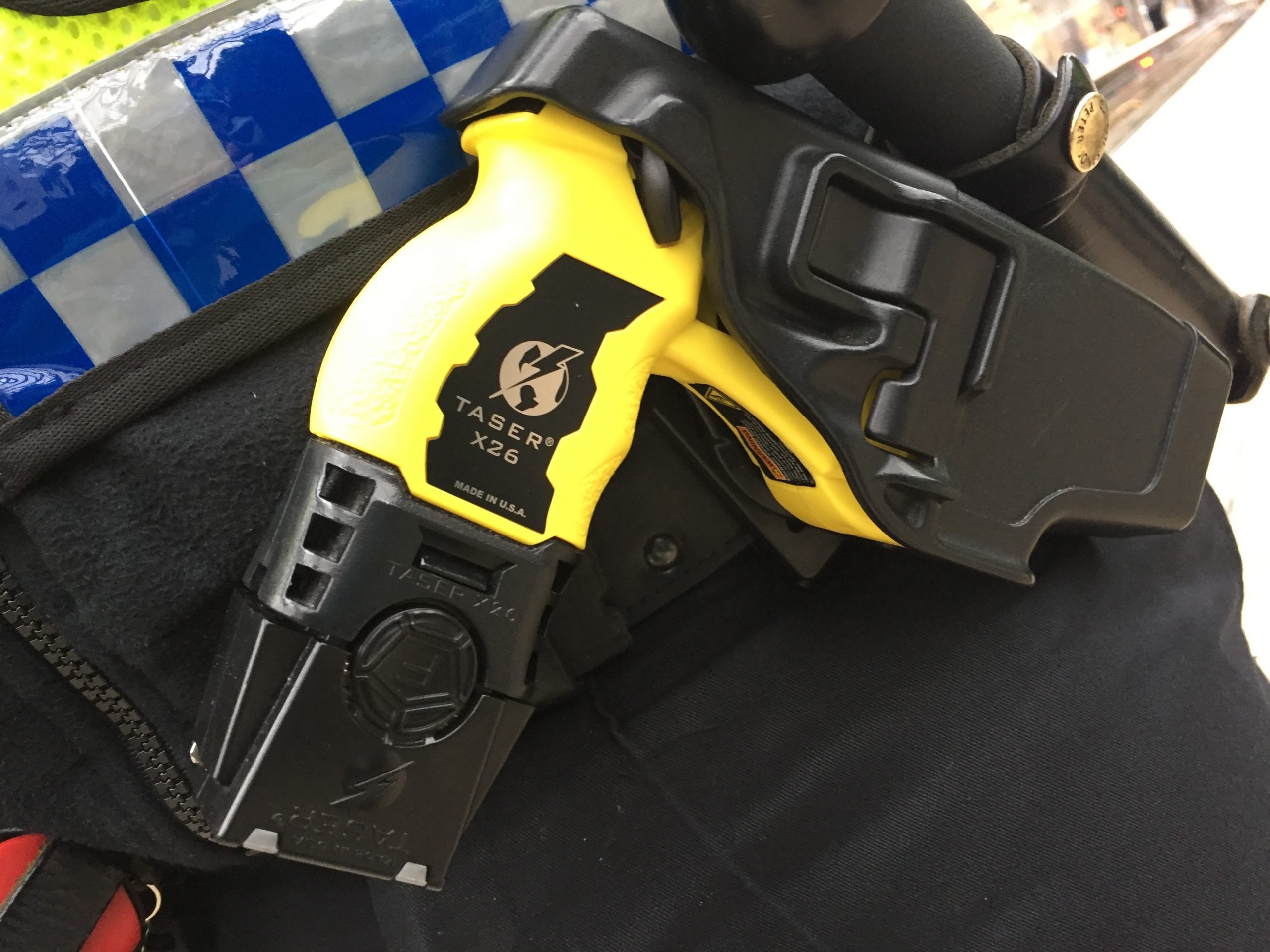 STATEMENTS from the IOPC suggesting that greater scrutiny on the use of Taser is required have been dismissed as ‘misplaced’ by Hampshire Police Federation.

In a press release, IOPC Director General Michael Lockwood said the organisation had concerns that Taser was being used ‘disproportionately’ on people from a BAME background and on those with mental health issues.

His office is currently running investigations into officers’ Taser use in incidents in London and Manchester, and his comments have cast doubt over whether the officers being investigated in those cases can now be treated fairly.

The IOPC’s view on Taser use has been dismissed by the PFEW and now Hampshire Police Federation whose Chair Alex Charge said officers are not just handed the kit and sent out on their ‘merry way’.

“I think [the IOPC] statement is really misplaced,” he said. “There is massive scrutiny on Taser. The training is very good, and police officers understand that.

“The officers who [use Taser] are selected; there is a training process to go through, there are medical eyesight tests. We don’t just hand out Tasers and send people off on their merry way.

“Taser is classed as a Section 5 firearm, and I think that scrutiny is appropriate.

“We are asked by the public and the Government sometimes to use force as part of our role. Every police officer understands that you need to justify that, that there needs to scrutiny.

“The reality is just drawing it and using the red dot, calms a lot of situations down,” Alex added.

“I accept there have been fatalities and there are serious incidents, but more often than not, it resolves the situation without anybody getting hurt. It’s such a positive bit of kit for us.”

Hampshire’s Police and Crime Commissioner rubber-stamped a £1m investment in Taser provision for the force and Hampshire officers have more access to it than many of their colleagues in other counties.

And it’s a bit of kit officers would rather have than not Alex said.

“Ultimately our PCC invested nearly £1 million in our Taser uplift to the point where I think we had the most Tasers or certainly more Tasers than many other forces.

“It’s something we support; it’s something he supports. There is appropriate scrutiny in place, and we’d rather have it and not need it than not have it all.”