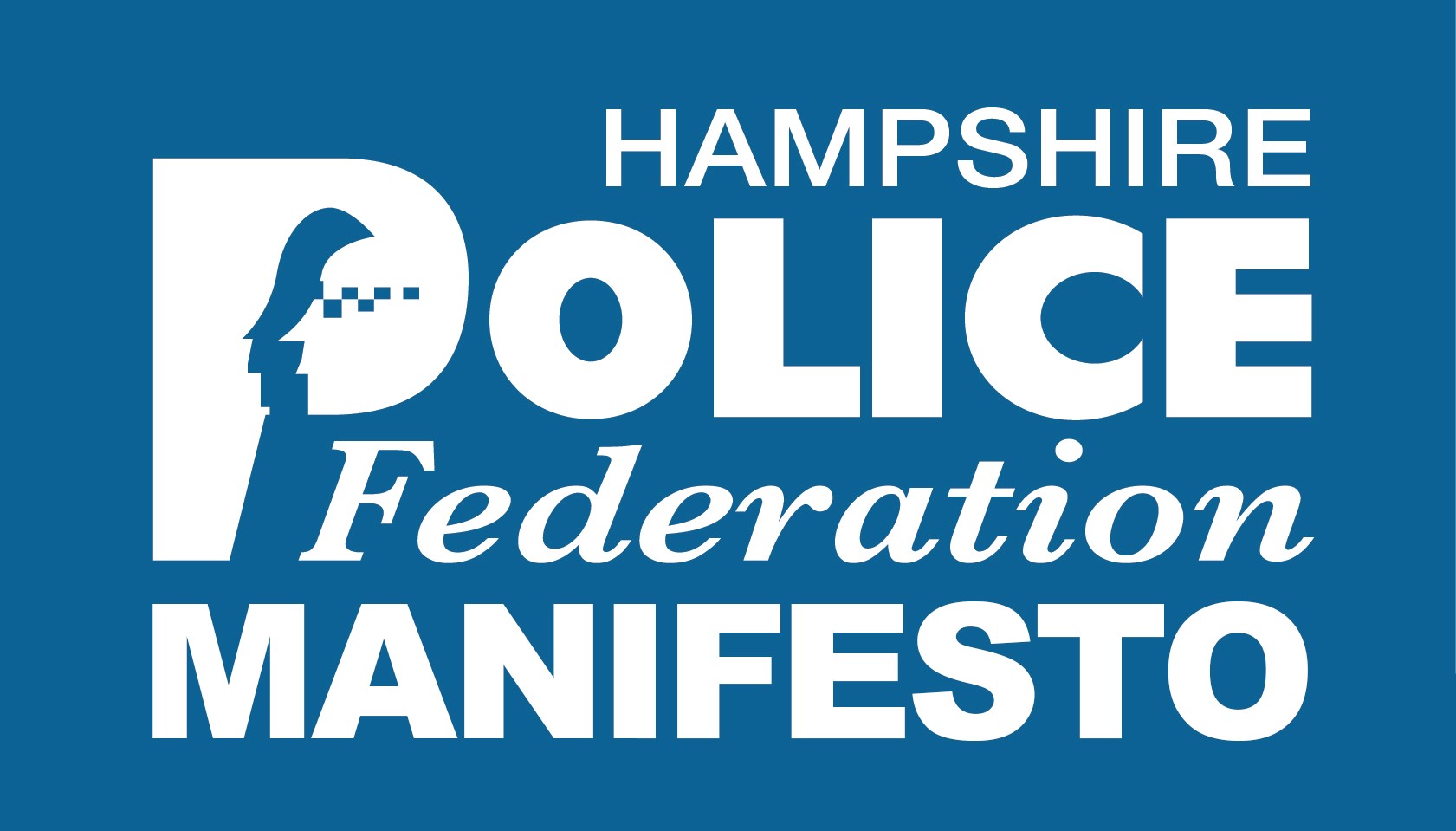 FAIR funding. Increasing police officer numbers. Prioritising the safety of brave colleagues. And the introduction of time limits on investigations into police officers.

These are the main headlines of the Hampshire Police Federation “Manifesto on Policing” launched today (28 November) – ahead of the upcoming General Election on 12 December.

Alex Charge, Chairman of Hampshire Police Federation, called on prospective MPs of all parties to honour these priorities should their party form the next Government.

“Police officers come to work because they want to do a good job but they feel like they can’t because there are not enough of them,” said Alex.

“For too long policing in Hampshire and across the country has – frankly – been treated very badly by successive Governments.

“This now needs to stop. Cuts have had consequences and we now need a sustained investment in both policing in Hampshire and our police officers.

“If prospective MPs of all parties abide by the pledges in our manifesto then not only will the morale of thousands of police officers increase – the public of Hampshire and the Isle of Wight will be safer as a result.”

Alex added: “We have 1,000 fewer police officers than we did some 10 years ago. But the demand on the officers who remain has gone up. The public – local tax payers – are getting a poorer service as a result.

“The solution? Well, we just need more officers. It’s that simple. You can’t take over 1,000 officers out of our force without it having a significant impact.

“Our remaining colleagues can’t provide the quality level of service they want to because they’re just being pulled to the next job, to the next job. It’s almost like they’re just running round sticking plasters on everything, rather than actually dealing with things and stopping them from occurring again.

“This has to change.”

The Federation has outlined the following Five Key Priorities for Policing in its Manifesto:

Fair Share of Funding for Hampshire and the Isle of Wight – Hampshire Police faces a funding shortfall of approximately £47million. Evening this up will allow more investment in Hampshire Policing – More officers to manage the increasing demand across the board in Policing. Policing is currently going through a 6,000 officer uplift in England and Wales. The allocation was based upon the current Home Office funding formulae… Hampshire Police has lost 1,021 officers since 2010. We are getting 156 in the uplift. Cheshire Police has lost 135 police officers since 2010 and are getting 97 back – How can this be fair?

Assaults on Officers – We Must Protect The Protectors – Clear deterrents need to be given when people assault Police Officers and fellow Emergency Service workers. The law has been strengthened and we have the Assaults on Emergency Service Workers legislation, but we still see weak sentences and officers feel let down. We call upon all parties to ensure minimum sentencing for assaulting a 999 worker.

Taser Funding – Hampshire Constabulary should not be punished because the force was ahead of the curve when it came to equipping an increased number of officers with Taser. Chief Constable Olivia Pinkney made a commendable early decision to provide Taser to an increased number of officers – this was funded by the Police and Crime Commissioner at a cost of nearly £1 million. Taser protects officers, gives confidence to officers on patrol and keeps the public safer. In any national funding for Tasers from a future Government, Hampshire Constabulary should not be penalised for making an early decision to roll out Taser and should get a fair share of this money.

Cost of Living – To get the best and broadest range of police officers, we need to recognise that it costs a lot more to live in Hampshire. To address the costs of living in this area, Hampshire Police officers currently receive a £1,000 South East Regional Allowance annually – but this has not been increased since 2001, when it was introduced. It’s worth about £600 now. We think there should be an uplift to recognise that and then in the future it should rise linked to inflation and be brought in line with London allowances.

Time Limits on Investigations into Police Officers – We are calling for a 12-Month Time Limit on these investigations. There is currently no cap on how long an allegation or complaint against a police officer can be investigated. We constantly see cases that take many years to come to conclusion, often at the direction of the Independent Office for Police Conduct (IOPC). The negative impact that any misconduct investigation has on a police officer, their families and their colleagues cannot be underestimated.