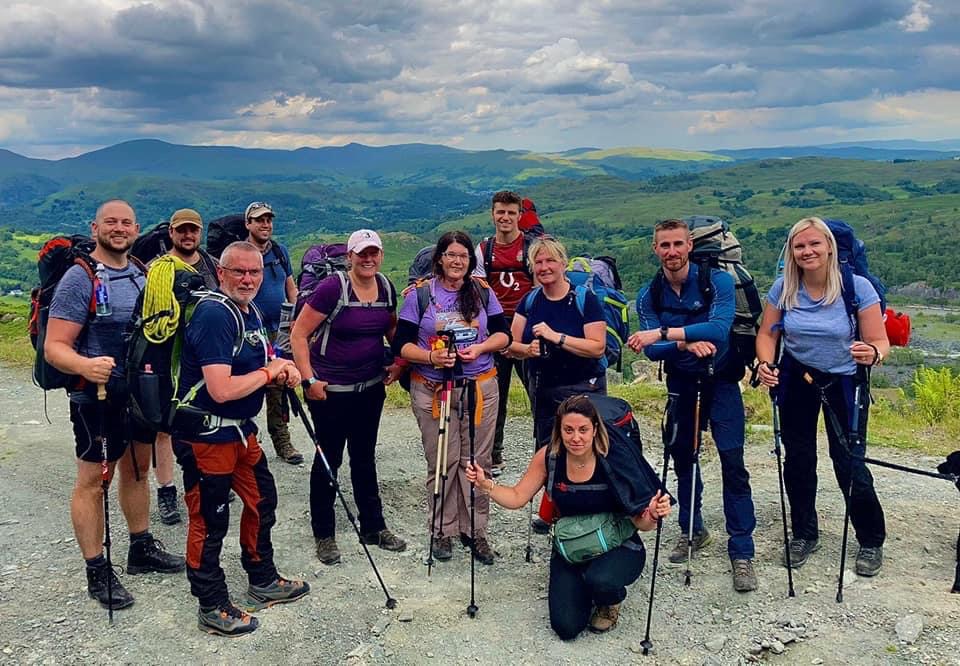 HAMPSHIRE Police officers scaled the Wainwright peaks in the Lake District this month to raise money for Care of Police Survivors.

They joined colleagues from around the country as part of the annual Light the Lakes event, raising £2,785 for charity.

Hampshire’s team for Light the Lakes was as follows:

Despite inclement weather with thick fog overnight and some quite gruelling conditions, the team managed to achieve two of the Wainwright mountains, ‘Great Cars’ and ‘Swirl How’. They climbed 790 meters in altitude over 11km of rugged mountain terrain and raised a staggering £2785.00 for the COPS charity. The effort and personal determination of all persons taking part in this challenge cannot be underestimated. Carrying a rucksack with tent, food and all other supplies to survive a night on top of a mountain, up slopes steep enough to occasionally require ‘all fours’ is a tremendous achievement. Really well done to all. An amazing achievement for a worthwhile charity.

This year, the Light the Lakes organisation has raised nearly £30,000 for Care of Police Survivors which is a fantastic result. We are now looking forward to next year, with dates already booked for 17/18 June 2022.

COPS is one of Hampshire Police Federation’s nominated charities for the year.