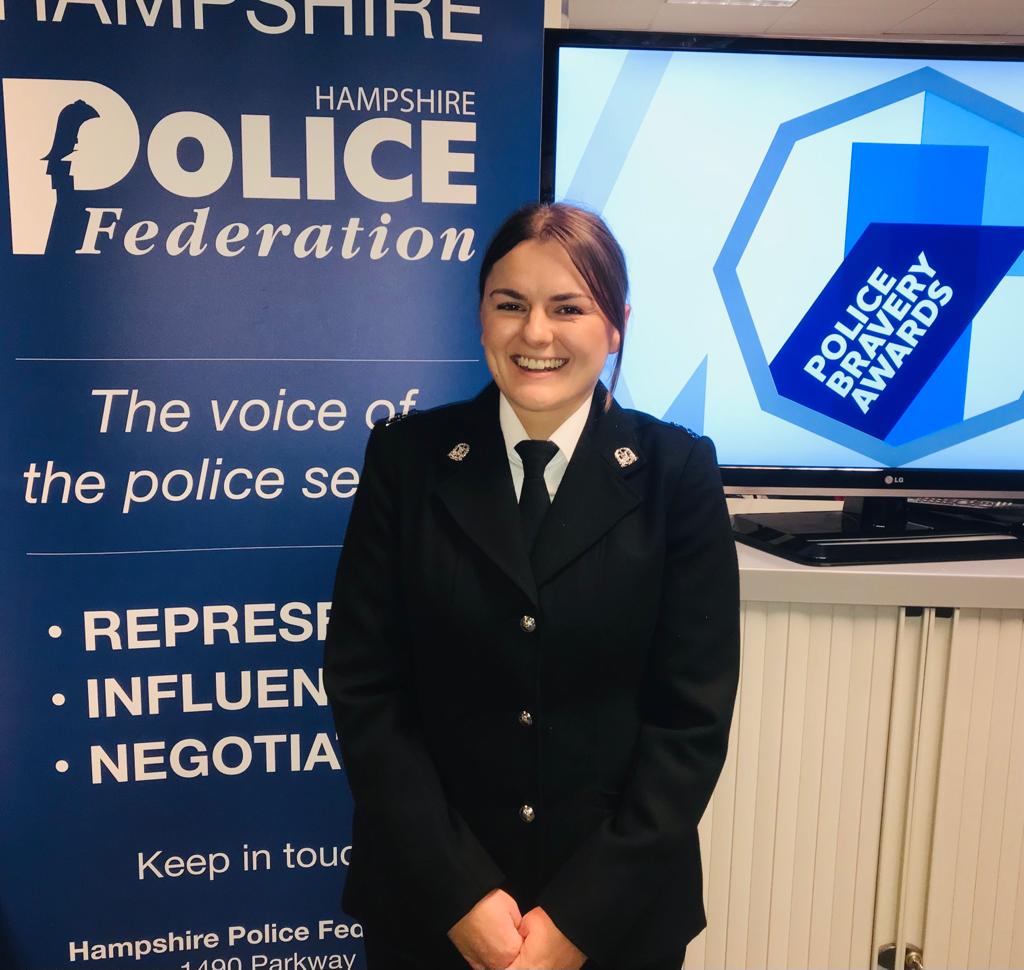 HAMPSHIRE Police Federation has celebrated a number of brave officers as it announced its nominee for the 2022 National Police Bravery Awards.

PC Jordan Janaway will represent the force at the event in July, joining nominees from across England and Wales at a Downing Street reception and Awards Ceremony in central London.

PC Janaway was young-in-service and off-duty when she dragged an injured and violent man off a busy motorway carriage, saving his life in the process.

She was named as the Federation’s nominee at a local event – at which other brave officers from the force were also honoured.

Hampshire Police Federation Chair Zoë Wakefield said: “We saw such amazing acts of bravery this year that we really felt that we needed to recognise them, praise them and give them something.

“It was really hard this year to pick the winner, because the runners-up were such worthy candidates as well.

“We wanted everyone who had been nominated to have the opportunity to come here with their families and have a drink and a bite to eat. The Chief Constables and the PCC came as well to give them a pat on the back for their amazing work.”

The Bravery Award nominees’ stories were shared in the local press and social media, attracting thousands of likes – helping to counteract the negative stories of policing that dominate the media.

Zoë added: “I think we need to celebrate this more and the force needs to do it as well. They do it internally – the Chief does a weekly update and will praise officers on acts of bravery or celebrate police work that’s got a really good sentence at court. But it needs to go outside of the force as well, to the public, to redress that balance of negative police stories.”