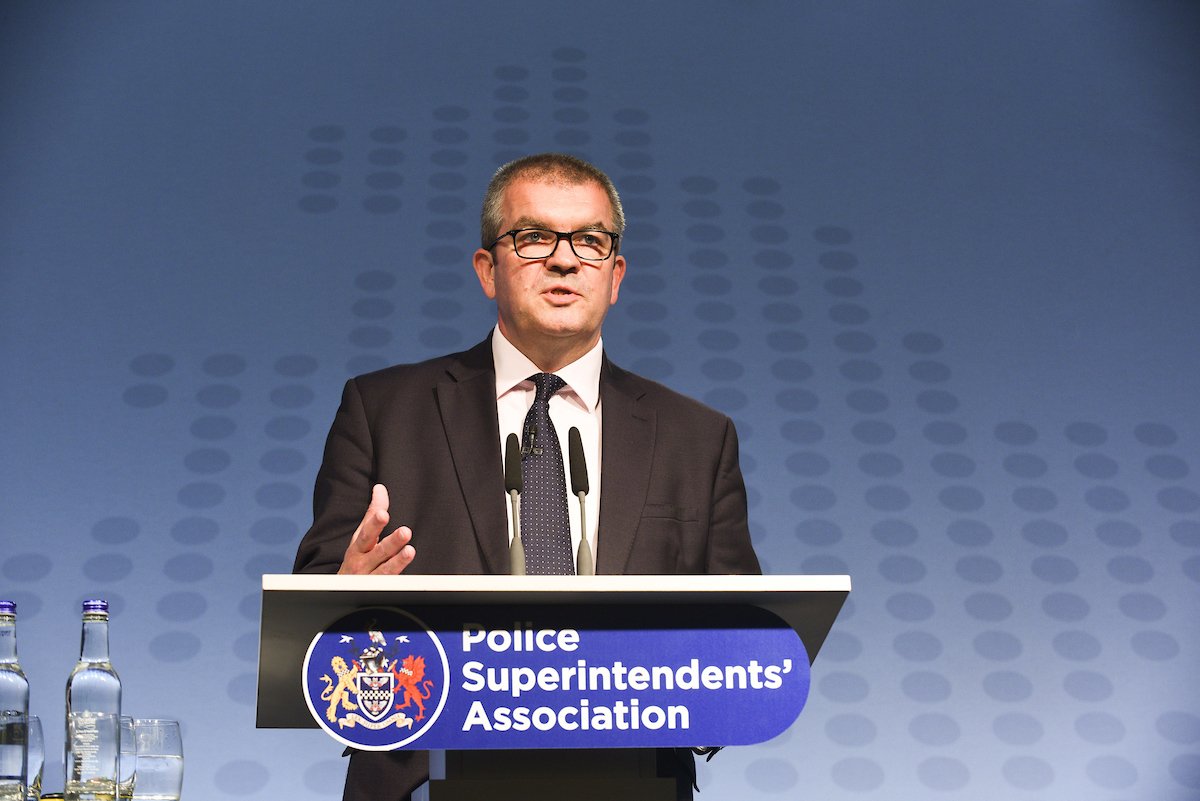 THE Chair of the National Police Chief’s Council has described the public recording officers at work and posting out of context clips on Social Media as a “hideous phenomenon”.

Regards clips of police officers at work being circulated on Social Media, John said: “This isn’t telling the whole story and [it’s being taken] out of context, creating hostility and anger from the public.”

CC Hewitt said: “We are seeing bits of footage released… they go viral and officers and their forces get pilloried. I can only imagine how hideous that must be if you were that officer.

He added: “There’s a real opportunity to get some guidance out quickly here… to make sure everyone understands the parameters. It’s also about the mindset that we are going to do everything that we can do positively to counter some of the nonsense that we see.

CC Hewitt said Chief Constable Andy Marsh, from Avon and Somerset Police, is working with The College of Policing on a review which will pull together a package which makes clear what the parameters are for releasing footage – the positives and the dangers. And the legal position.

This will then be shared with forces.

CC Hewitt also said the practice of courts not releasing body-worn footage into the public domain when a defendant pleads guilty needs to end as the public need to see the reality and the dangers of what police officers face.

Both CC Hewitt and John, reflected on what was described a “hideous phenomenon” when speaking about officers being mistreated and wrongly depicted in the public domain after short clips of incidents have been posted on social media.

In the conversation CC Hewitt explained that forces and officers need to be “really clear” about the legal side of releasing footage.

And he praised Chiefs being proactive around countering misleading Social Media clips – even when they can’t release the footage. “We need to be as proactive as we can be at countering,” he said.

John and the Federation’s drive around releasing body-worn footage has been supported by the Home Office and CC Hewitt is now in conversation with Priti Patel on progressing this.

Another topic discussed was police officer safety, as last year a survey was conducted around safety within policing, more than 40,000 officers, staff and volunteers responded.

As a result, the NPCC and The College of Policing have pledged to improve officer and staff safety.

From this, 28 recommendations of how officer safety can be improved was agreed.

CC Hewitt said the review would look to find one set of standard curricula for officer training and apply this across the UK.

Currently the content and length of officer safety training varies across the country.

“This is more than we’ve ever done before and this is a really good starting point,” said Martin.

You can see the full interview here https://www.youtube.com/watch?v=w_bz0D9Zxvw&feature=emb_logo The section on body-worn video begins at around 4mins 20 seconds in.