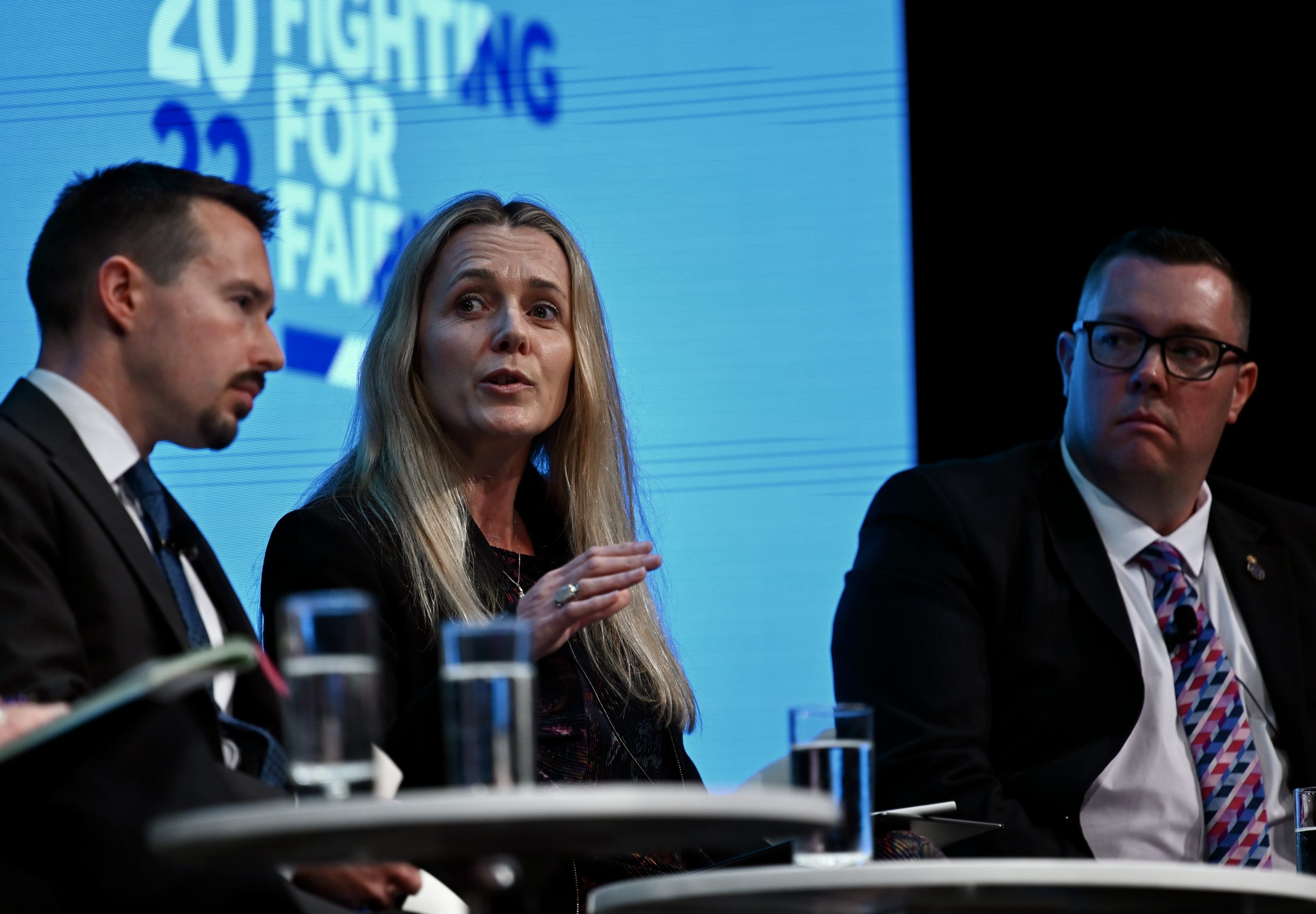 STUDENT officers are at “breaking point” due to the strain of trying to complete a full degree “whilst working within a highly stressful role at extremely low pay”, the Police Federation of England and Wales Annual Conference has heard.

Officers discussed the Uplift programme and whether it was a false economy, given that some officers are leaving the role soon after signing up.

The Government is in the process of recruiting 20,000 new officers, to make up for years of under-resourcing. But the Federation estimated that the service needs up to 50,000 new recruits to make up for retirement, resignations and years of poor staffing, the conference heard.

And many student officers are struggling with the rigours of the new role.

He said: “Isn’t it a sad state of affairs that they are making a decision that policing isn’t for them, solely as a result of academic work. I went to visit some of our cohorts, and I am used to dealing with some very cynical, grumpy police officers, but these were new recruits in their second year, and I had never met a more demoralised group of people ever before. It was soul-destroying.

“Something is not right, something has to change. This is not sustainable for the future.”

One officer told delegates: “Student officers have to undertake paid overtime in order to have enough money to pay their bills, and are exposed to extended duties and cancelled rest days, they have to undertake their studies on their rare days off or annual leave at the expense of their families, and have no respite from work. I am regularly told they hate their student officer experience.”

And a police trainer told the conference that some new recruits are using the programme to develop their own careers and have no intention on staying in the service: “Students state they are there to get a paid-for degree and then look for roles outside policing. It is a false economy.”

Sarah Charman, Professor of Criminology at the University of Portsmouth, told the conference that the number of people resigning from the police has risen by 104% between the end of 2012 and end of 2020.

She called for exit interviews and “difficult conversations” so senior leaders can understand why people are leaving the service.