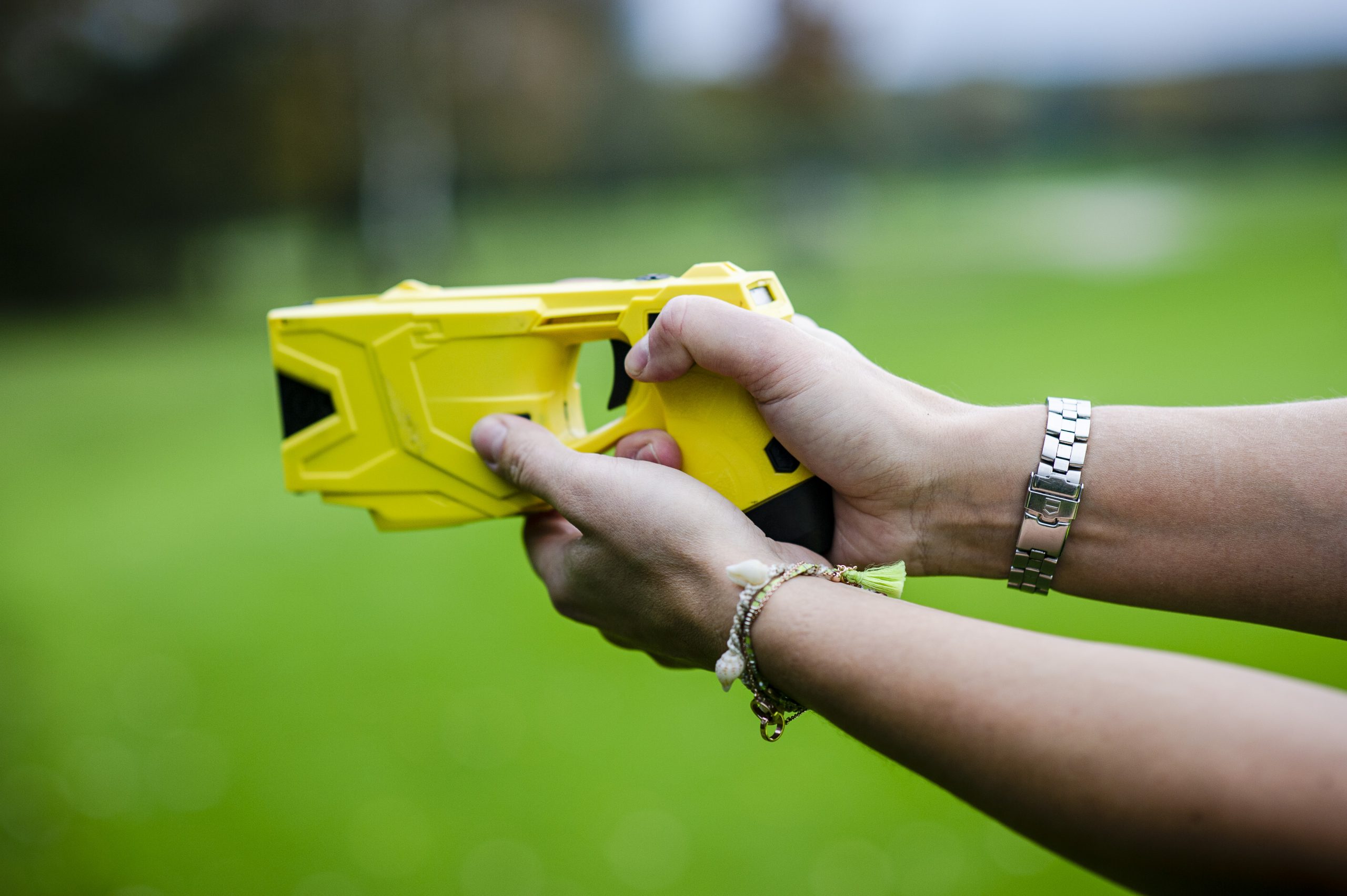 THE Chairman of Hampshire Police Federation says he thinks Taser will become “a routine bit of kit for operational police officers” after the Home Office announced that the Hampshire force will be receiving funding for an extra 67 Taser.

Police and Crime Commissioners across England and Wales bid for extra Taser in January, as part of a Home Office drive to give police more powers and tools to tackle crime. The Government made available a ring-fenced fund of £10m.

Hampshire Police Force received funding of £55,275, to pay for the extra Tasers.

When the bidding began, the Federation said it hoped the force would not be penalised for investing early in Taser – as the Chief Constable had already made the decision to spend nearly £1m on the equipment and training.

Alex Charge, Chairman of Hampshire Police Federation, said: “The reason Hampshire asked for funding for 67 Taser’s is due to the way the funding rules were structured, the force could only make plans moving forward rather than recouping money they have already spent,” he said.

“The numbers were worked out on the uplift plan and the numbers of Tasers needed to fulfil this.

“This will allow more access for Hampshire officers to have access which is a positive thing, however I would have also liked to see Hampshire given financial recognition of money that has already been invested in the uplift, as you can only spend the money once.”

Hampshire currently has 507 authorised Taser officers who are not firearms officers. There are 2,700 officers in the force.

“I’m glad we made a bid. I want Hampshire to get as many Taser as possible because it’s an excellent bit of kit,” Alex added.

“It’s something I know colleagues would much rather have and not need, than need and not have. I think it will become a routine bit of kit for operational police officers. But it’s difficult without knowing the full rules around that funding to make a comment about why we’ve only got 67 as part of the uplift.”

Alex said it was being rolled out so that all operational Hampshire Police officers who wanted a Taser had access to one.

He added: “Taser is really important because it provides reassurance to the officer. It’s another tactical option; it doesn’t mean they have to use it.

“Just the mere showing and red-dotting of Taser has an amazing effect on calming people down. If we’re talking about the other options – the use of force, going hands-on – often everybody gets hurt.

“While I accept there have been fatalities with Taser, I suggest that more often than not, just showing it resolves a lot more incidents.”

Of the 43 forces in England and Wales, 41 submitted a request to increase the number of Taser available to officers.

In addition, £150,000 has been allocated for the training of Taser instructors. The remainder of the £10m will be used to tackle serious violence and county lines drug gangs.

PFEW Chair John Apter said: “This was a unique opportunity for forces to secure extra protections without shouldering the majority of the cost. I would have liked to have seen every penny of the £10m funding used to fund more Taser. At a time when officer safety is dominating the headlines, I am surprised that some forces chose not to take advantage of this extra funding.”

Making the announcement, Home Secretary Priti Patel said: “Our brave police officers put themselves in harm’s way to protect us all and Taser is an important tactical option in potentially dangerous situations.

“This funding forms part of our commitment to ensure forces have the powers, resources and tools they need to keep themselves and the public safe.”