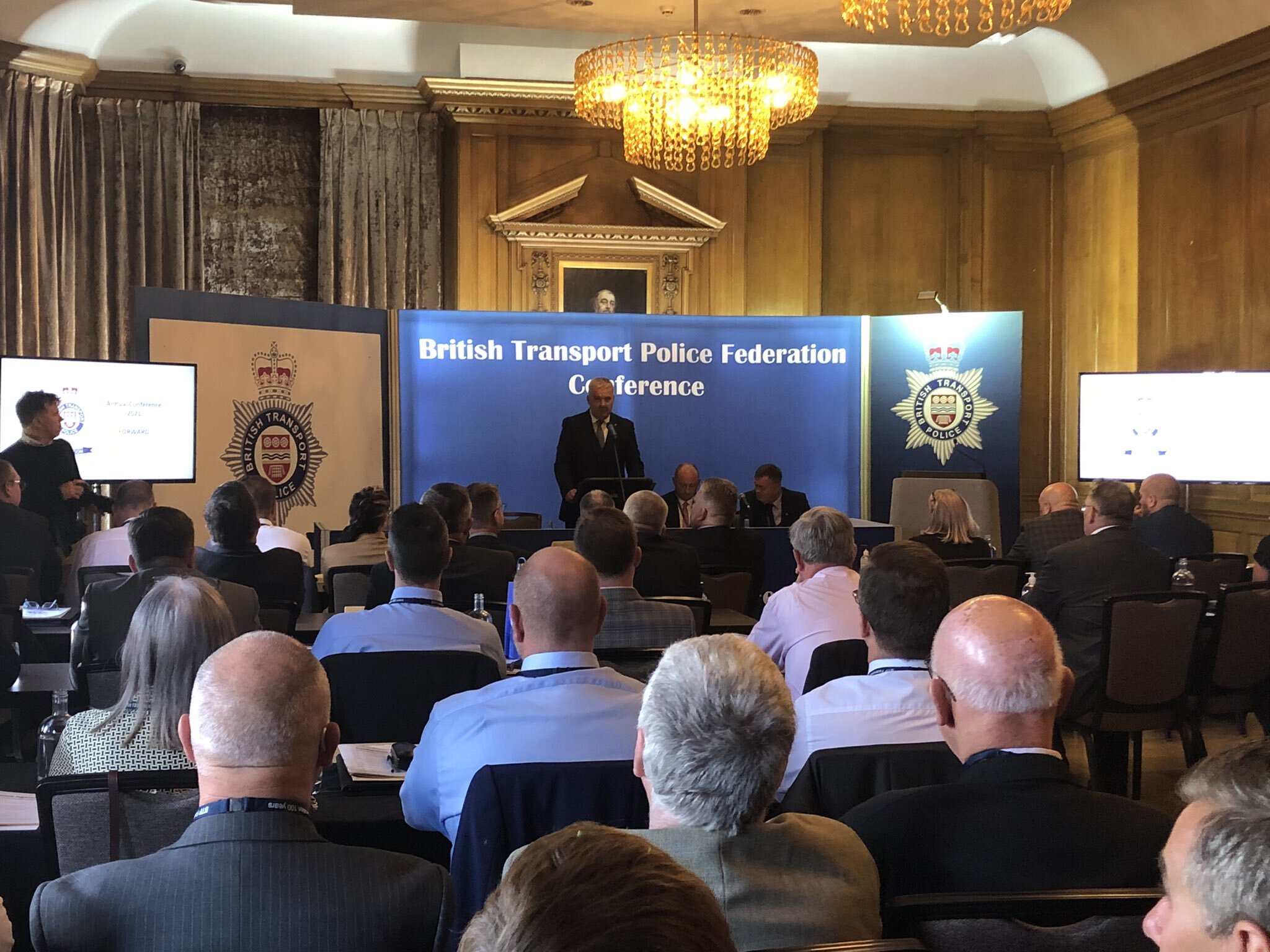 THE pay freeze is “a kick in the teeth” for police officers, especially after they weren’t prioritised for Covid vaccines.

Speaking at the British Transport Police Federation Conference, the first since 2019, Chair Nigel Goodband addressed a number of pressing concerns for officers, including safety, saying it was a “disgrace” that more than two BTP officers were assaulted every day.

Nigel began by thanking BTP’s police officers, staff and Special Constables for their hard work during the pandemic. He said: “Officers continued to work and deal with the public and keep their communities safe, despite being unvaccinated.

“They worked despite knowing that they could personally contract the virus, but also in the fear that they could take it back home to their loved ones. For that, we owe them a massive debt of gratitude.”

Nigel added that “some bitterness remains” around vaccines, and expressed his astonishment that officers who were being spat at had to wait to be vaccinated.

He said: “The refusal to prioritise all police officers, and the fact that BTP officers in particular were largely excluded from access to unused jabs, was very demoralising for our officers, and the impact of that cannot be overstated.”

The pay freeze was another blow for hard-working officers, Nigel said: “Whether it is vaccinations or a pay rise, police officers have given everything. Yet again, the Government has given us nothing.”

He continued: “We join the Police Federation of England and Wales in condemning the pay freeze for police officers. The BTP Federation echoes their sentiment that the Government has shown disdain and disrespect for police officers, made all the more galling after their personal efforts and sacrifices during the pandemic.”

Officer safety was also a huge concern, Nigel said: “More than two BTP officers are assaulted every day. This is a disgrace…There is simply no deterrent to those in society who feel they can spit, punch and kick police officers with impunity. Offenders are walking away with no more than a slap on the wrist.

“The courts are just not protecting our officers, and this must change.”

Nigel urged the Crown Prosecution Service and the courts to “do their job” and send a strong message that assaulting police officers was simply not acceptable.

Other issues Nigel addressed in his opening speech included providing better support for officers with PTSD; the possibility of the Federation introducing private health insurance; and the importance of Taser training for officers and Special Constables.

As the British Transport Police Federation celebrates its centenary, Nigel said: “We want a Federation that can go forward into the next 100 years. It must be fit for purpose and ready to support our dedicated officers.”