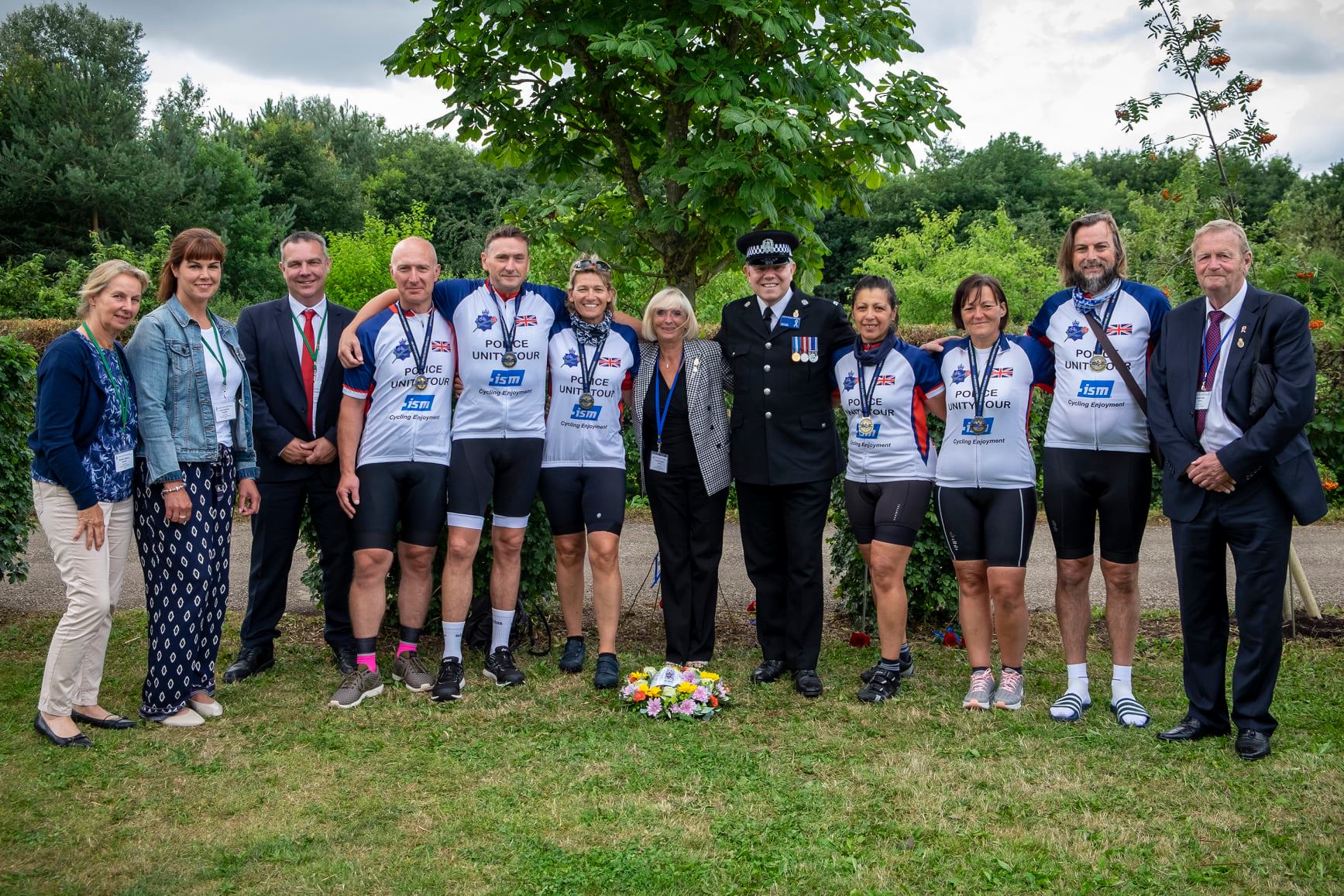 The Police Family gathered on Sunday to remember thousands of police officers who have died on duty – and to support family members left behind.

There were tears and laughter during the Annual Care of Police Survivors Service of Remembrance took place at the National Memorial Arboretum – for the first time since 2019 due to the Covid-19 pandemic.

The service was attended by more than 800 people and events took place all weekend for surviving family members.

“I’ve heard it a few times but being part of the Survivors weekend is like being in a club that nobody wants to be in but you’re part of because of circumstances. But like I’ve heard other people say over the past few days, the survivors’ weekends aren’t just about what’s happened, it’s about looking forward to.

“People say time’s a healer. It isn’t, you just learn to deal with it and manage it, and when these survivors meet other people that are in the same position you can see the support they have for one another.”

The Service featured a Roll of Honour sadly featuring 27 police officers and staff who had died on duty since everyone last met in July of 2019.

Their names were read out by COPS President Gill Marshall and included PC Andrew Harper and Sgt Matt Ratana.

Ali recalled the first time them came to the service 11 years ago. “We cried. We cried. We cried some more. But it was here we met others who understood our pain. No one stared, no one looked at us strangely. Even we were able to smile and have a little laugh in their company. In those 11 years we’ve become stronger.

“We know the love and support we’ve had through contact with COPS Survivors has helped us along the way.”

Sam said: “This is the third survivor weekend I’ve attended and through COPS and attending these weekends I’ve made some invaluable and no doubt lifelong friends. A shared sense of loss that brings us together.

“A union that COPS makes happen and prides itself in creating. A union that isn’t offered elsewhere for our unique circumstances.”

The Blue Knights motorcyclists – long-time supporters of the Charity – were first to arrive this morning at the thankfully dry service.

They were shortly followed by more than 400 cyclists from the Annual Police Unity Tour. The bumper event – with riders starting their journeys now from all across Britain – culminated at the Service and is expected to raise some £100,000 for the Charity.

Garry, who had been supporting the Hampshire and Thames Valley Police Unity Tour cyclists, added “It’s difficult to put into words what it’s like being part of the Unity Tour. Meeting the riders, seeing their passion, and also taking time to talk to the families that actually ride is all very moving.

“We’ve got a couple of riders that have lost families and they’re doing it just to be part of the police family and to give something back, because they know first-hand what a good charity it is.”

Hampshire Police Federation Chair Zoe Wakefield was one of the proud riders from the Hampshire and Thames Valley chapter.

There were also chief officers from all UK forces and representatives from staff associations among those who took time to honour fallen officers and lay wreaths. The West Midlands Police band and a piper provided accompanying music.