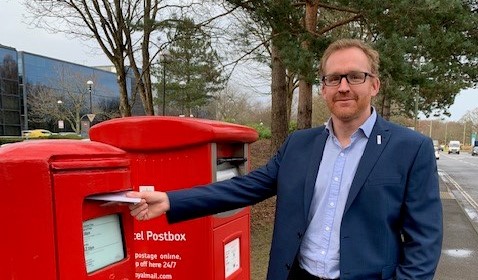 THE police funding formula, spending on Taser and improvements to officers’ cost of living are just three of the demands Hampshire Police Federation has for the new Government.

Chairman Alex Charge set out his five-point manifesto for policing before the election – and will now lobby the county’s five MPs to make sure policing remains high on the political agenda.

He explained: “We sent a letter to all the MPs in our region and effectively it explains our five-point manifesto around what we would expect and what officers in Hampshire want from their elected representatives in the new Government.

“It will also encompass what we will want from a new Police and Crime Commissioner when one arrives.”

The manifesto calls for: a fair share of police funding for Hampshire and the Isle of Wight; clear deterrents for those convicted of assaulting police officers; adequate Taser funding; an increase in the Southeast Allowance; and time limits for investigations into police officers.

Alex explained: “The first points are around the way policing is funded in Hampshire and the disproportionality, how unfair the funding formula is. That affects us both in costs of funding and the uplift that’s been promised by the new Government.

“On Taser, £10 million has been promised by the Government to increase the roll-out of Taser across the country.

“The key points around that are Hampshire was an early adopter of Taser and the chief went out and we invested as a force nearly £1 million into the Taser uplift. Even though we did that, we should also benefit from our share of the £10 million. We shouldn’t be penalised for investing early.

“Then we’ve also got the sad state with assaults on police officers. We’re putting plenty before the courts and sadly it would appear to be some sort of issue where people who assault police officers are just not sent to prison.

“The worst is that I keep seeing in news reports where people are sentenced and there is no separate penalty for assaulting an officer. It’s not acceptable. If people choose to assault police officers and other emergency service workers – people who are there for the community – then if they’ve got no protection what benefit is there for the rest of the public?

“And then there’s the length of time it takes for the IOPC to investigate police officers. That can be an extended period. Our record in Hampshire is five years, however there are longer examples out in the country. We’re asking that there is a 12-month limit. We also want proper, meaningful reviews done around these limits that are independent of the IOPC so that officers aren’t exposed to those lengths of investigations.

“Where an officer is involved in something, families want answers as well and a time limit would benefit them so there’s not this endless delay whilst it’s investigated. And of course it will also increase confidence around policing that if there are allegations against officers then they’re investigated in a timely and transparent manner.

“Those are the key points that we would like all our elected representatives and the new Government to deliver for officers in Hampshire, and that will have a real positive effect on the residents of Hampshire.”

Hampshire Police Federation has also written to all its MPs to request face-to-face meetings to ensure policing is high up the political agenda.

Alex explained: “Last year as around the funding formula, I wrote to all MPs in Hampshire asking for a meeting, and as a result of that I had some routine meetings with the MPs.

“I’ll be asking for a meeting with all MPs so they understand what is important from officers’ points of view and how we think that they and their intervention could improve both policing for the officers and residents within Hampshire and the Isle of Wight.

“Police officers come to work every day, want to do a good job, want to deliver a real quality service for members of the public and they are just hamstrung for all sorts of reasons.

“We see lots of feedback, where officers do get assaulted by criminals the public expect the courts service to support those officers and put those people in prison. So it’s a two-way street.

“We’ll suggest to MPs about what we think will work in policing, use our experience, and we hope that they will deliver those things and that will have a knock-on benefit for residents in Hampshire.”