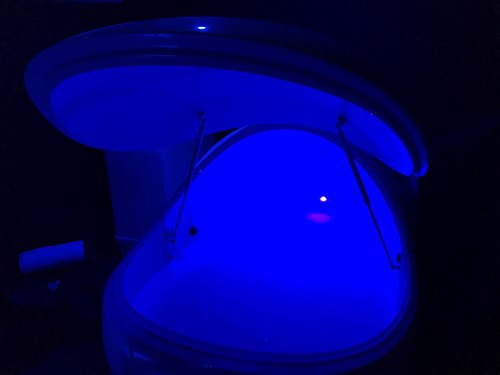 Floatation pods contain about a foot of salty, body-temperature water, where you can float for around 45 minutes or longer in the dark and complete silence. There is evidence that floating can help with stress, anxiety and chronic pain.

Garry Smith, Secretary of Hampshire Police Federation said: “It switches off the senses and there’s no choice but to relax. We funded 10 sessions to offer police officers with PTSD and the feedback was fantastic. It can give them a few days’ relief and some officers have even reduced the amount of medication they have to take.

“One officer went for a float and that night he had his first night of undisturbed sleep – his wife said he hadn’t suffered his usual terrors. It presses the reset button. We’ve really seen the benefits and we will continue to use this as a complementary therapy.”

One officer who tried floatation was Georgina Laycock, just before she medically retired from the force. She said: “Floatation has changed my life. I’ve used it alongside more mainstream therapies, but it’s the one that’s had a significant impact on my recovery. Since I’ve had PTSD my brain has felt like spaghetti – sometimes my words don’t even come out. After a float it’s as if the spaghetti has straightened out.”

Limitless Float offers Hampshire Police Federation members a 10% discount if they contact the Federation’s office for the code.