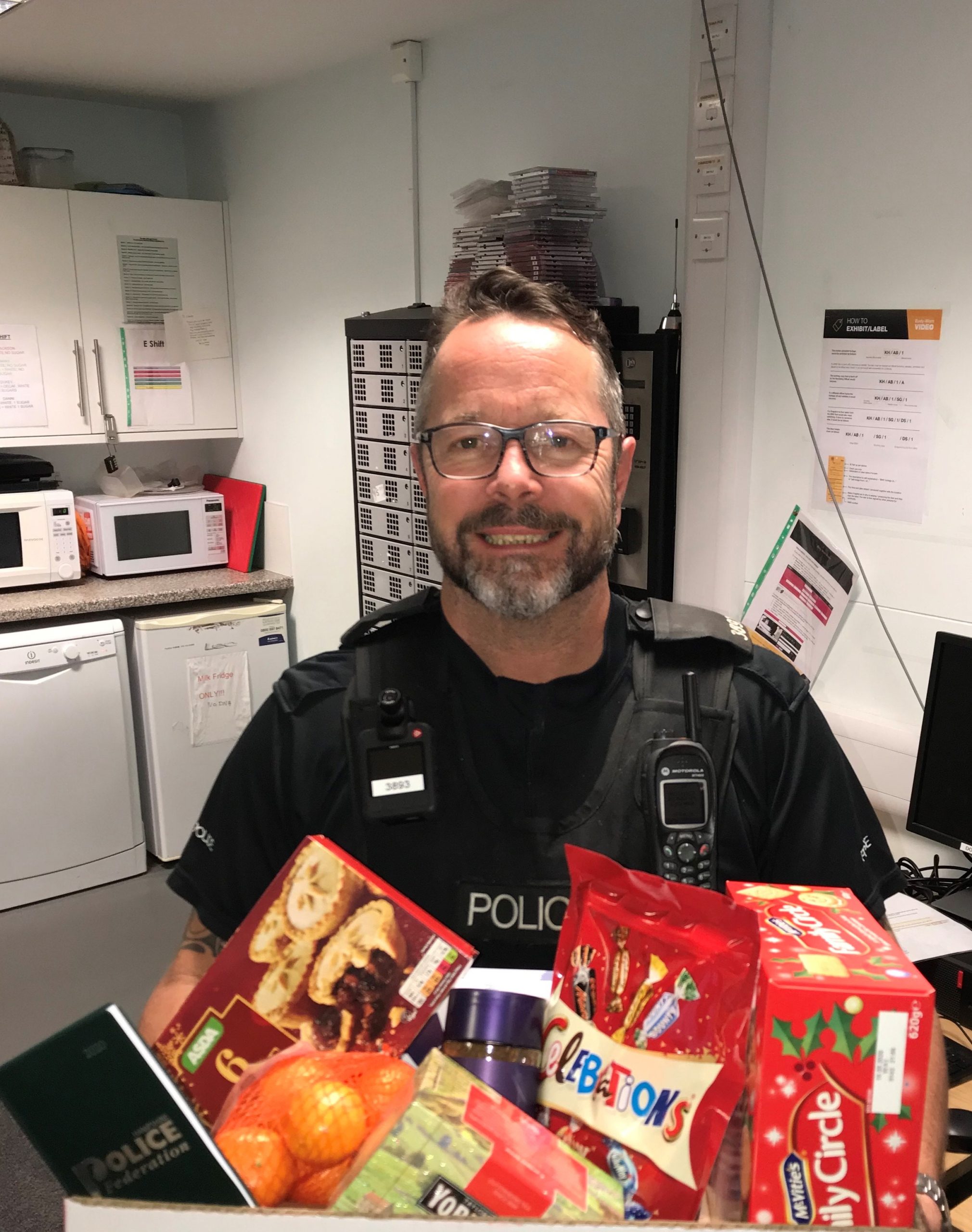 CHRISTMAS has come early for some Hampshire Police officers as the Federation tours the policing area giving out festive treats to our hard working members.

In an effort to be more visible and meet our members our Chairman Alex Charge, Secretary Garry Smith and Vice Chair and Equality Lead Zoe Wakefield have been out on the road playing Santa.

On Thursday 12 December they visited the response team at Aldershot at 7am, followed by investigations and custody at Basingstoke.

Lunchtime saw them dropping into Winchester response and then the afternoon in Southampton meeting investigators and response team, members.

They also took the opportunity to talk through current issues with officers and hear directly the matters that the Federation can influence change on.

Next week we will be visiting the east and Isle of Wight.