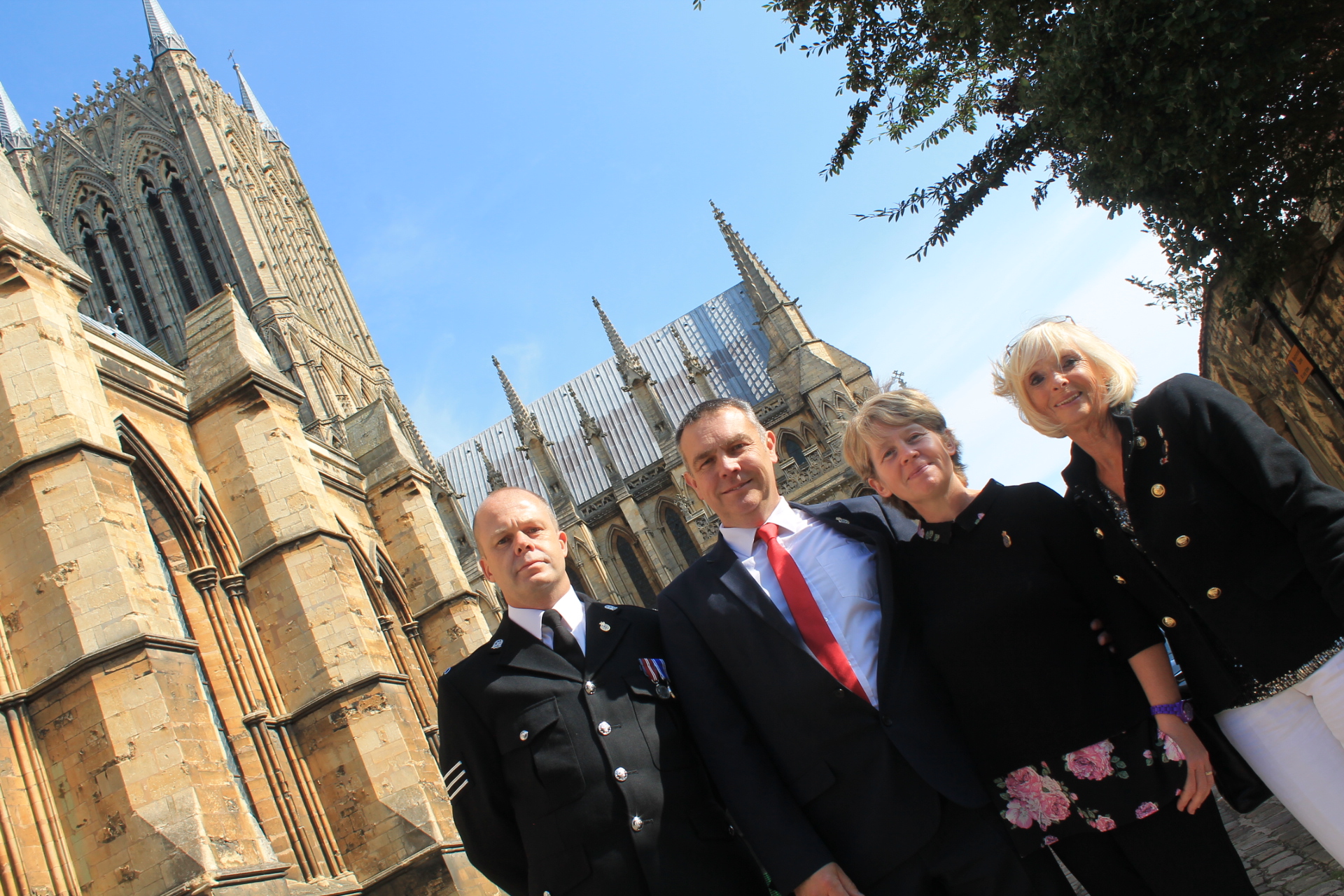 HAMPSHIRE Police Federation joined Federation colleagues from across the country to remember the thousands of police officers who have died on police duty.

The annual event honours more than 5,000 officers who have lost their lives on duty. It was the first time the police family had gathered together for the National Police Memorial Day since the COVID-19 pandemic.

Garry was joined at the poignant event by Martin Wiltshire, whose Hampshire Police officer father Malcolm was killed in a police aeroplane crash in 1985.

“I’m here to support the families from Hampshire so we can honour and remember lost loved ones,” Garry said.

“The National Police Memorial Day is so important, and it’s very empowering to be able to get together and have that peer support.”

Martin said the day means so much to bereaved families as it ensures they remain part of the wider police family.

“It does give my family comfort, and the memorial day helps. My father died a long time ago, but the service remains a special part of my life,” he said.

“Meeting other families means we can talk and share experiences. Even though we’re all unique, we do have a common thing in that we’ve all lost a loved one.

“The day means my dad is still remembered, and as families, we’re not forgotten about either. We’re still part of the police family.”

The names of those officers who had died in the past year were read out during the moving service.

HRH The Prince of Wales, who is patron of NPMD, said the country was ‘forever grateful for the steadfast dedication to duty of our police officers who have adapted and worked so tirelessly amidst the ever-changing circumstances’ of the COVID-19 pandemic.

Writing in the commemorative brochure, Prince Charles said: “We owe a most profound debt of gratitude to our police service and its remarkable officers, who, along with their families, will continue to have a very special place in the heart of our nation.”

During the service, candles were lit for officers in each of the four nations. Representing England was Jayne Clemson, daughter of PC Ray Davenport, of Merseyside Police, who died in 1981 following a traffic incident.

Representing Northern Ireland was Andrea Brown, daughter of RUC Sgt Eric Brown, who was fatally shot by terrorist gunmen in 1983.

Representing Wales was Rhianydd Gardiner, great-niece of PC Noel Alexander, who died in 1964 because of injuries sustained in a training incident.

Representing Scotland was Faye Buggins, widow of PC Roy Buggins, who collapsed and died on duty in 2019.

Addressing the service, Metropolitan Police Commissioner Cressida Dick said: “Policing is a vocation… the women and men of the front line have risen magnificently to the challenges of the past 18 months.

“Today, we pay tribute to the courage of those killed in service, and the great courage showed by their families ever since.

“Police officers know their actions may cost their lives. The loss of a colleague on duty is felt by each and every member of the service.”

Addressing the families present, she said: “We will never forget you or the sacrifice that your loved ones made.”

There was silence as petals of remembrance, representing all who have lost their lives, descended from the gallery as the Last Post was sounded.