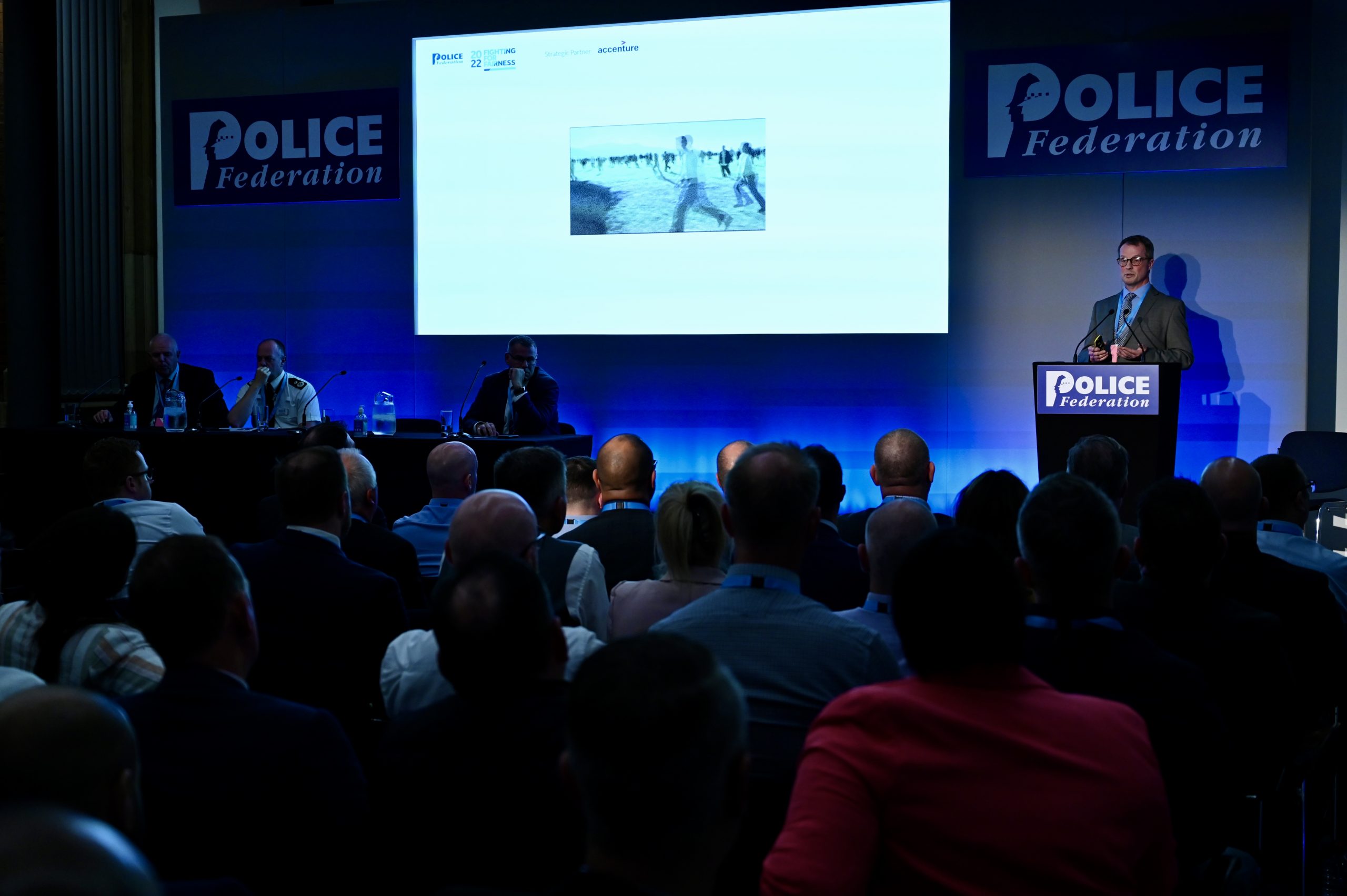 A ‘CATALOGUE of shame’ has left police drivers finding themselves on the wrong side of the law, a session on roads policing at the PFEW conference has heard.

New legislation means police drivers will be able to use their training and expertise in pursuits and be appropriately protected in law, but this is dependent on them having up-to-date training.

Extra protection for police drivers was included in the Police, Crime, Sentencing and Courts Bill after a lengthy campaign by the Federation.

The new law takes into account officers’ advanced driver training – meaning they will no longer be judged against a ‘careful and competent’ driving member of the public. However, any manoeuvre performed must be within their training.

Lindsey Campbell, North Representative for Hampshire Police Federation, said: “I found the input really useful regarding the driver legislation because the most high risk, high frequency part of our day to day role would be response driving.”

Tim Rogers, PFEW National Lead for Pursuits and Driver Training, described a “catalogue of shame where officers were on the wrong side of the law, embroiled in lengthy criminal and misconduct investigations which have caused untold stress.

“We are in a better position because we campaigned for eight years. It’s a major achievement.”

Simon Hill, from Metropolitan Police Federation, acknowledged that officers do expect to be scrutinised when things go wrong.

He told delegates: “We understand there is a requirement for us to be scrutinised when things don’t go right, the whole misconduct process must have confidence from the public and police officers alike in the process.”

Describing a case that he was involved in where a driver faced criminal charges, he added: “A note was passed from the jurors to the judge, stating they were embarrassed to be prosecuting a police driver for doing their job.”

Deputy Chief Constable Terry Woods, National Lead for Police Driving, emphasised that the new law would only protect drivers if their training is up to date.

He said: “If some people in your forces have slipped out of date, or forces are behind, I would argue this needs to be put on the top of the list, because it’s an area of high frequency and high risk. It is really important.”