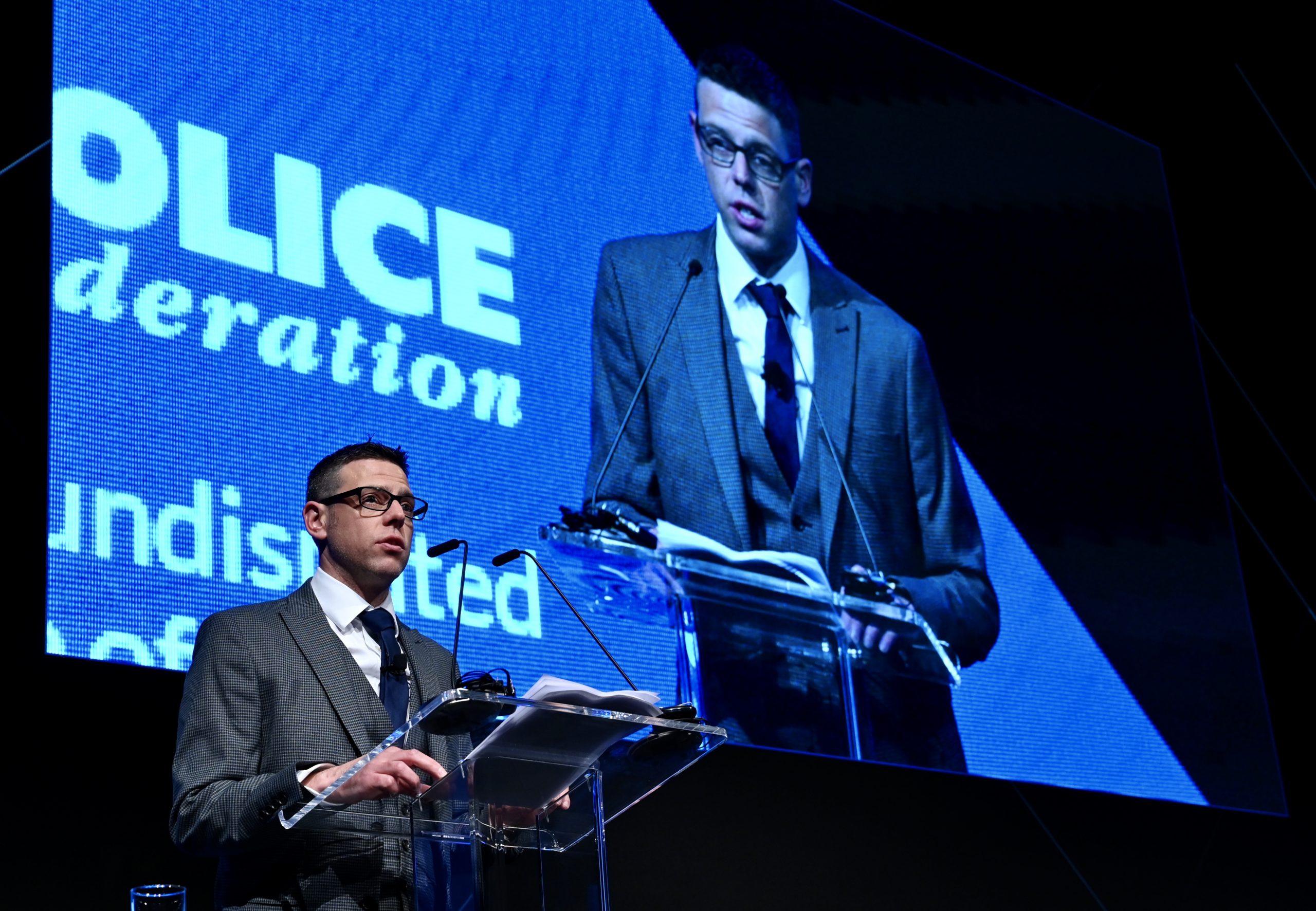 THERE is a “crisis in policing” as officers, particularly detectives, are struggling to manage their workloads following changes in CPS guidance, the PFEW annual conference has heard.

A panel session focused on last year’s changes to the Crown Prosecution Service Director’s guidance, DG6, which requires officers to provide the CPS with a trial-ready prosecution before it makes a decision about charging.

The new disclosure rules, which started in January 2021, have had a massive effect on detectives and other officers, increasing workloads by 33%.

Panellist Ben Hudson (pictured), Secretary of Suffolk Police Federation, described it as a “crisis in policing”.

He said: “Morale among colleagues is low. It is unnecessary, time-consuming and counter-productive to produce full case files when people plead guilty straight away. We urge the CPS to reconsider the full impact of these changes and how they can be mitigated.

“We cannot afford to lose any more of our professional investigators. It also puts off those who wish to become detectives.”

Delegates also heard from officers who were affected by the changes, including Sgt Josh Ives, who said: “I feel like our hands have been tied behind our backs by the changes… It’s taking far too long on what many officers feel like trivial tasks. The changes are completely unsustainable. The system’s broken.”

Meanwhile Wiltshire PC Georgie Dodd said: “Morale is low in the station. You can see officers sinking in their seats as they have so much to do. I feel we are letting our victims down.”

Director of Public Prosecutions Max Hill QC acknowledged the problem but said officers could use DG6 to help their investigation.

He said: “I do get it. I know we’re looking at police professionals and I can’t put it better than it’s about locking up bad people and protecting victims of crime. We’re with you on that.

“[DG6] is not there to block you but rather to help you in your investigation.”

Nick Ephgrave, Assistant Commissioner of the Metropolitan Police and National Police Chiefs’ Council (NPCC) Lead for Criminal Justice, said issues had arisen due to the need for increased rigour around the disclosure law, along with a massive increase in the volume of data officers were having to deal with in a digital age.

He suggested that “officers should start thinking about disclosure from the outset of an investigation to make sure that the burden of their workload is being spread out”.

But he added that positive changes were coming, as the Solicitor General had completed a review of the guidelines and was attempting to reduce the burden of redaction and deal with the difficult matter of third-party material.