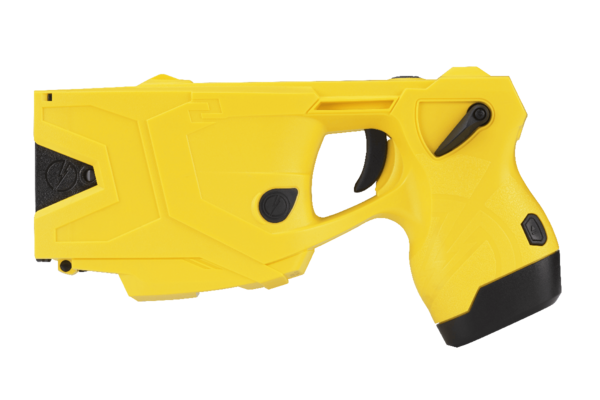 HAMPSHIRE Police Federation hopes that the force isn’t “penalised” by the Government for investing in Taser early.

Police forces across England and Wales are bidding for a share in the £10 million the Government has put towards equipping more officers with Taser. Each force has to decide how much funding they apply for based on the threat and risk in their local area, but Hampshire Police force spent just under £1 million on Taser in 2018.

Chairman of Hampshire Police Federation Alex Charge said: “Obviously that came from money that otherwise could have been spent on other things. What I’m concerned about is that the Home Office have made £10 million available and Hampshire Constabulary need to make sure they get a fair share of that money. The force shouldn’t be penalised by the Government for making a sensible decision to spend their money early, on what is a really important bit of kit in terms of officers’ confidence and protecting members of the public.”

Alex said the initial decision for the force to invest in Taser had been made by Hampshire’s Chief Constable, supported by the Police and Crime Commissioner.

He also said he didn’t agree with the bidding war, where forces compete against each other to come up with the best reasons to receive the funding. “Ultimately Taser should be just like your baton or your handcuffs. I accept there’s an element of training, there’s an element of fitness to carry, because we need to remember it’s a firearm and it isn’t the solution to every problem in policing.

“However it should be a mandatory bit of kit that all officers have. When I speak to my colleagues, they are reassured by having it and it’s one of those things that you’d rather have and not need, than need and not have.”