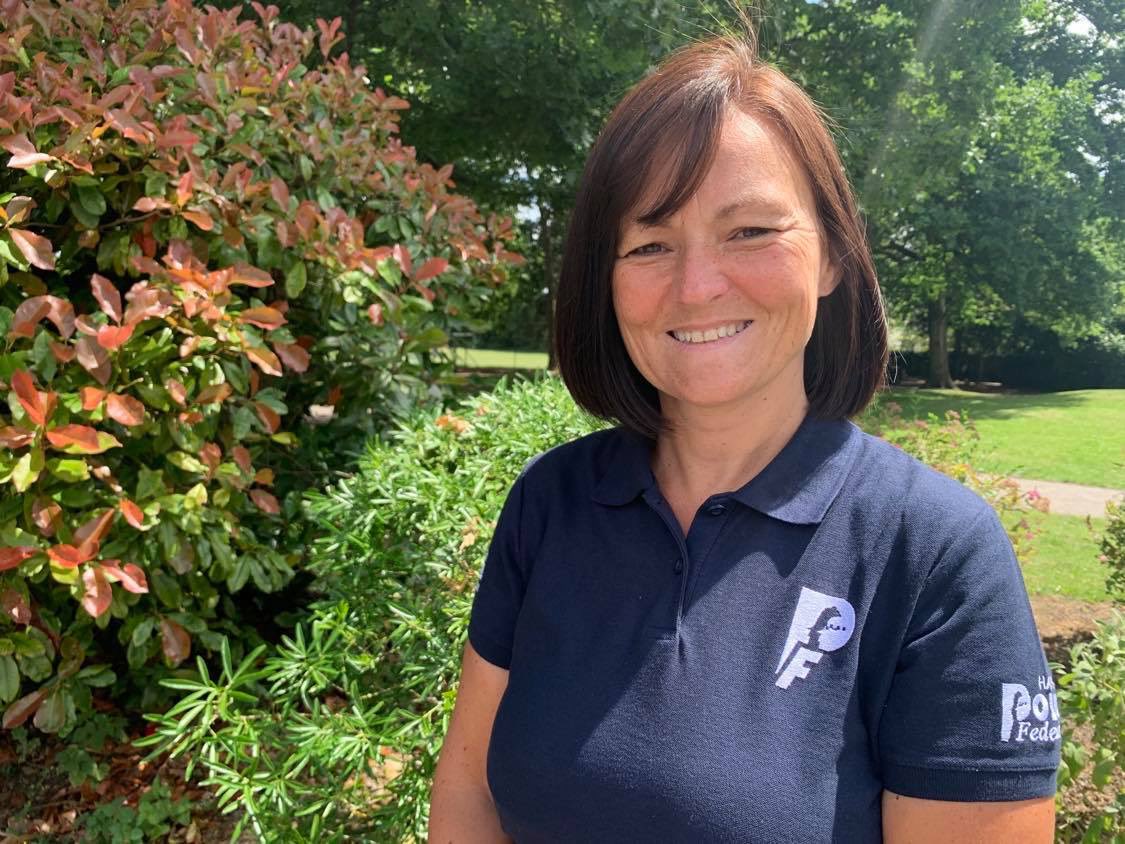 Blog from Zoe Wakefield, the New Chair of Hampshire Police Federation, who starts in her post today.

I am really looking forward to the challenge of being the new Hampshire Police Federation Chair, especially as I am the first ever female chair.

I’ve been a police officer for over 25 years – I’m from Hampshire, but I started my career in Thames Valley before transferring down here seven years later.

I’ve worked in Basingstoke, Bishop’s Waltham, Gosport, Fareham, Portsmouth and Eastleigh. The majority of my service has been frontline, doing response, custody and neighbourhoods. I became a Fed Rep in 2006, managing it alongside my day job (and bringing up two children!) and then I joined the Federation full-time last October.

I am in a fortunate position because we have a good working relationship with the chief officer team here in Hampshire. Covid-19 has had a big impact on policing, but sickness rates have been low and this is because the force and the Federation have focused on the wellbeing of officers.

management. Thankfully the recent protests don’t seem to have caused a second spike and the public, as a whole, are maintaining social distancing and have adapted their lives.

I’m prepared for some of the issues that might come up in the future, for example, officers struggling to take leave that they’ve not taken during this period.

We also have many new officers coming in, which is going to create huge challenges for those who are going to be training, tutoring, and their line managers. That’s probably the biggest challenge on the horizon.

As Federation Chair, I would like to be visible to all our members but I know this is not easy in a force of nearly 3000 officers. I would like to go to briefings and training days to listen to officers and hear what they want from their Federation, because we’re here for them.

I feel that it is important to keep up a good communication with our Reps, especially now we only have council meetings three or four times a year. There are a lot of Reps that I rarely see, so I want to be open with them and keep them engaged.

I’d like to thank Alex, the outgoing Chair, for all his good work over the past two years. He has achieved a lot, including sending a Costa card to every officer that’s been assaulted, which has been well-received by officers. He also achieved a small win with the South East regional allowance, partly because he built such relationships with the Chief Officer Team and PCC.

Good luck to Alex in his new role.